Peace be upon the founder of Islamic revolution; the supreme leader, and the martyrs of our ever-glorious beloved Iran. In the ground of science, culture, art and industry, with an old history, we have provided a peaceful corner in the heart of this land to provide a preface on our history.

It is interesting to know that in 1870, a Belgian chemist Desmedt created the first real asphalt pavement, a mixture of sand, before the city hall in New York. The designing of Desmedt was modeled in a French highway in 1852. Then, Desmedt asphalted Pennsylvania Street in Washington, measuring 45149 square meters. One of the local representatives of congress told Desmedt this job would never be welcomed by the public. Nonetheless, according to the growing demand of market, it is prognosticated that after 137 years in (2007), the market of asphalt mineral tar would reach 107 million tons. In general, it could be stated that today asphalt is the integral part of urban and even rural communities. Whereas road is the main economic input of industrial and agricultural communities and asphalt is one of the main components of road which plays a basic role in the improvement of the quality of road, therefore, the importance of asphalt in these communities, and particularly in developing communities is such that it justifies more investment on its production. In our country too, asphalt has an increasing consumption. Regarding the limited capacity of asphalt production factories, asphalt production is usually the critical point of road construction and street layout inside the city. 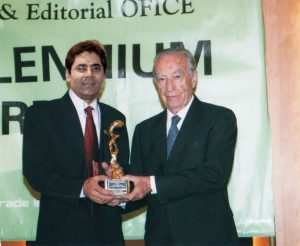 For this reason, Omran Sanat Rah Asia Company (Privet J.S.) has managed to implement development project to increase production capacity under benevolence of the almighty and relying on its skilled forces, with regard to the increase in application for these factories inside the country and demand of the regional markets. This way, the company has supplied the needs of the domestic market and expanded the export of this equipment. Regarding the positive impacts in the field of importing foreign currency and its role in entrepreneurship, it has brought many achievements for the company. This company used the day technology of the world to obtain ISO 9001 and 2000 certificates from global standard, environmental protection management 1999 and 1800 UK UKAS, and the golden award of the best manufacturer logo among 7000 international companies in 2007 in Spain and obtaining the honorary diploma of the best manufacturer of industrial countries in 2008 in the Switzerland International Assembly. Now with regard to the good performance and comprehensive effort to enhance quality and compete healthily with domestic and foreign companies in the field industrial products, we have managed to provide a suitable and competitive bed even better than similar foreign products with the neighboring states market. Our wish is your consent, precision in selection and success in work.